Home/MILIEU’s “World of Change”
Previous Next

I am thrilled to announce that the brand new interior design & lifestyle magazine MILIEU has arrived !!! 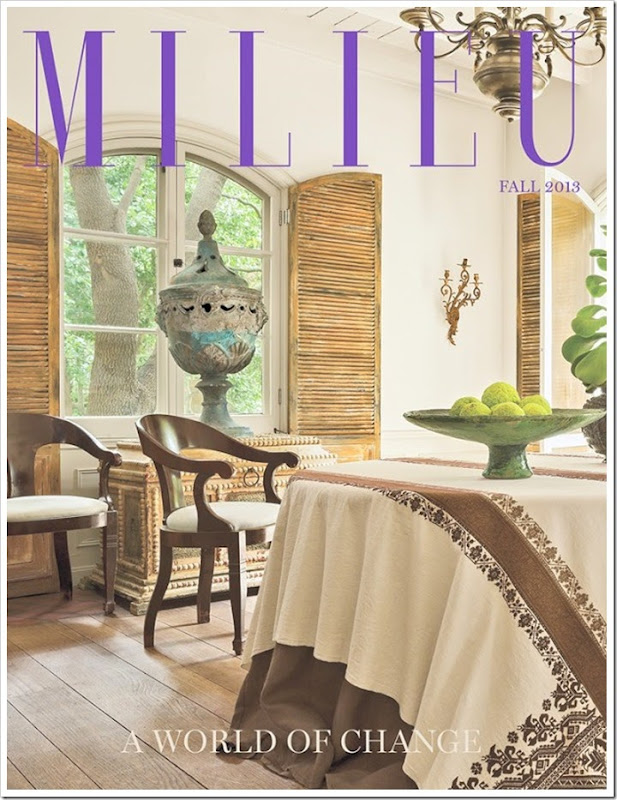 This new home décor magazine, that finds its way to the newsstands this month, is founded by the renowned Houston based interior designer Pamela Pierce.

In this luxurious quarterly print magazine, Pam wants to show us beautiful international houses and gardens on thick, glossy paper. And it has to be said, that indeed, all pages of the featured houses look fabulous!

What also makes MILIEU different to other interior design magazines, is, that Pamela wanted to search for designers who haven’t been published that much.

An interesting article about Pam and her new magazine MILIEU appeared in the Home & Garden section of The New Your Times, last month. 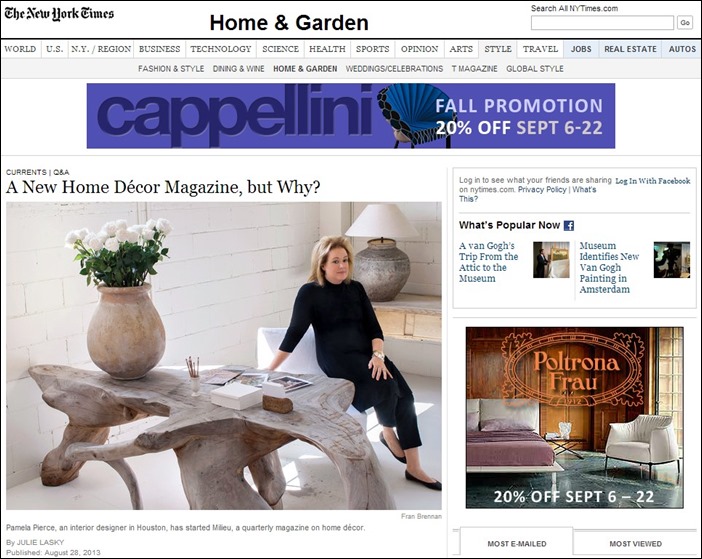 Pam Pierce, photographed by Fran Brennan for the article in The New York Times Published: August 28, 2013

Designers featured in this first September issue of MILIEU. 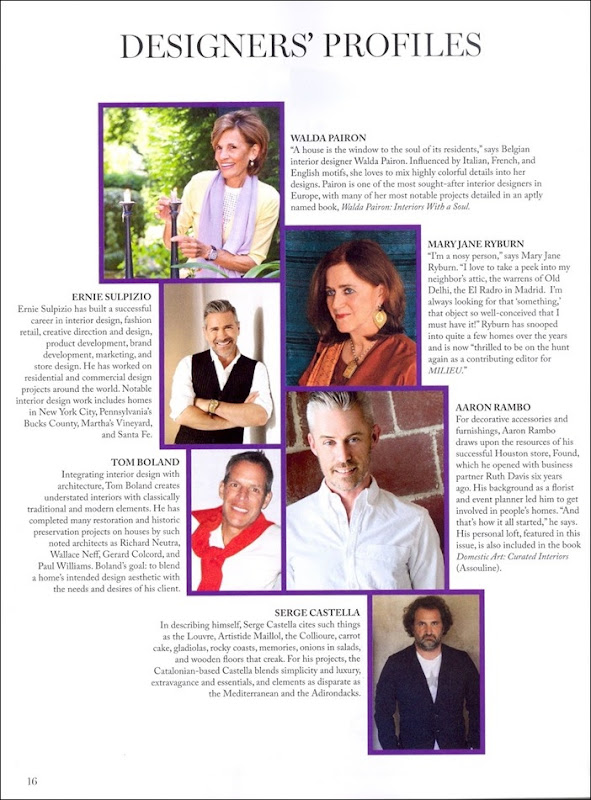 Most of you do know that I am officially assisting Pam and her team in scouting European locations and designers. See my blogpost about my contribution to MILIEU here.

Can you imagine how proud I am with the featuring of the house of our Belgian designer Walda Pairon in the first issue of this brand new American interior design magazine?!

The photoshoot was taken by my favorite Belgian photographer Claude Smekens, introduced to Pam on her first visit to Belgium in June this year.

I am sure you all will love the featuring of Walda’s beautiful countryhouse near Antwerp. 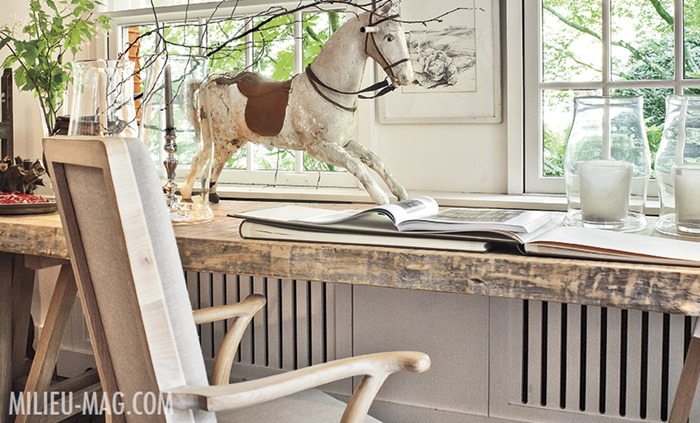 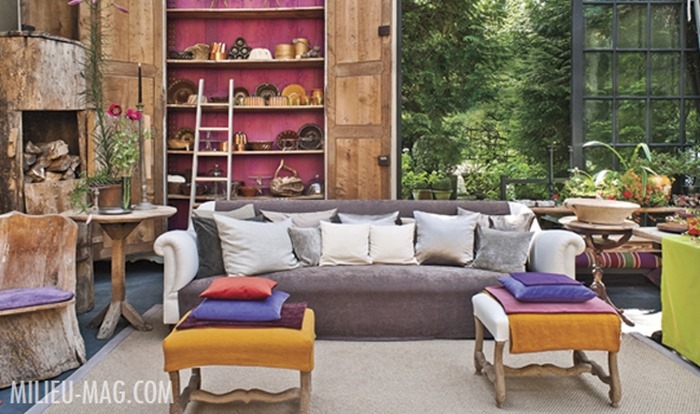 Pam invited a lot of other designers to tell their story in this first issue of MILIEU as Tom Boland, Aaron Rambo, Ernie Sulpizio and many more.

A house that designer Tom Boland is completing for a family in Beverly Hills. 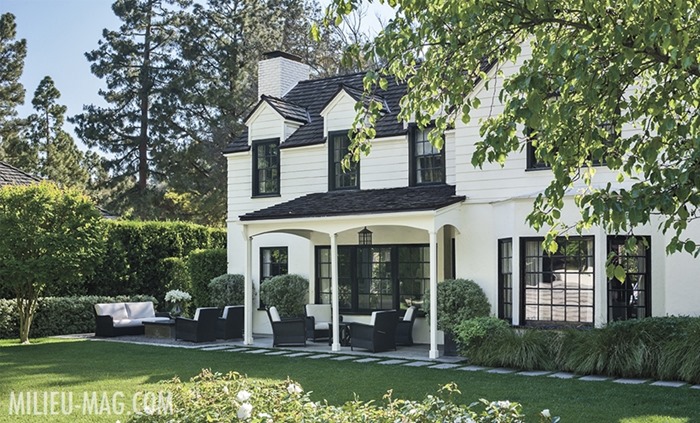 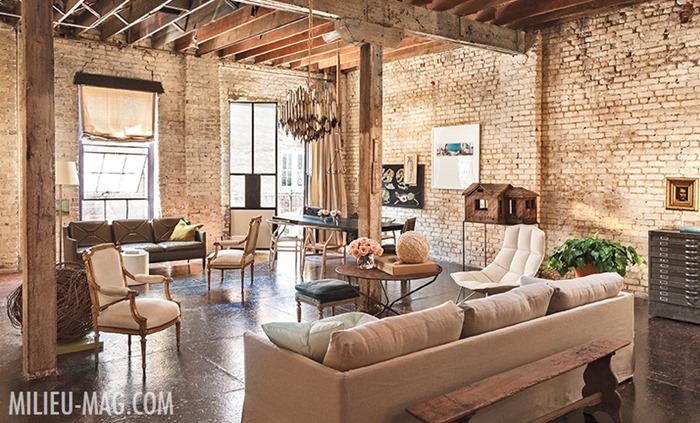 There are a lot of interesting articles published on the editorial pages of this MILIEU issue. I really enjoyed the article about designer Marie Warren sharing her nine secrets for success! 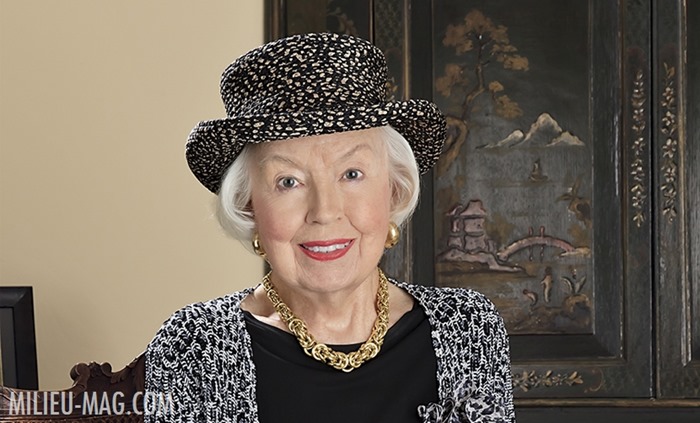 The first blog featured in this September issue of MILIEU is COTE DE TEXAS by Joni Webb.

Joni has also written a nice article about MILIEU. To read it, click HERE.

And finally I want to thank Pam for mentioning me and the photographer Claude Smekens here at this page!  Wonderful to see us, Belgians, between mostly American people, contributing to this magazine. 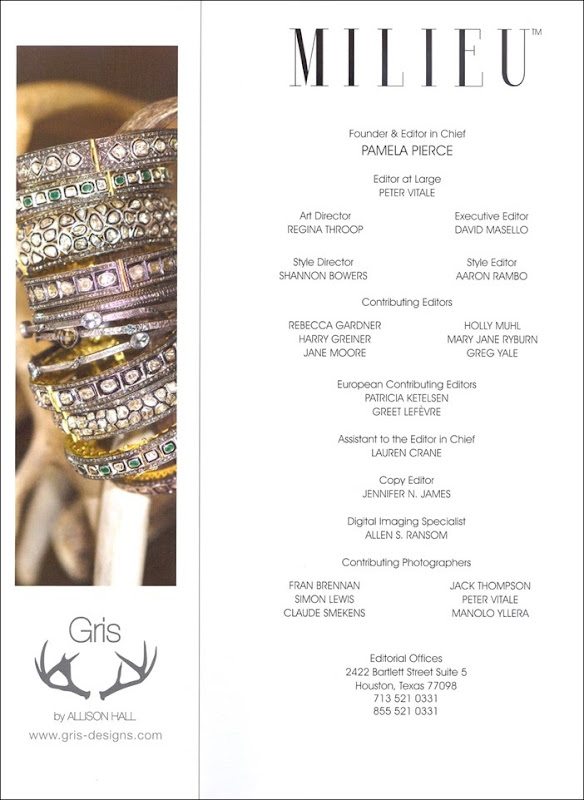 I do hope MILIEU will make its appearance on the Belgian newsstands as soon as possible. I am sure that the Belgian design enthusiasts will love the magazine! 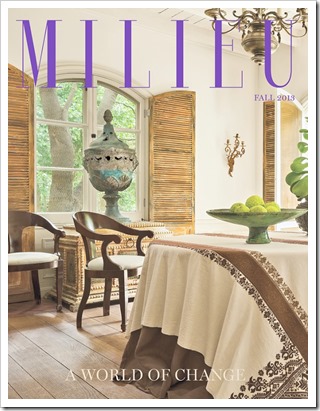