the 5th anniversary of MILIEU !

This home and garden magazine launched its first issue in September 2013 and has grown fast ever since.

It is hard to believe that it has been five years ago since I met Pam and Shannon, when both came over to Belgium, to take a photoshoot of a Belgian home that had to be featured in the MILIEU Spring 2014 issue (See my blogpost about the photoshoot here). 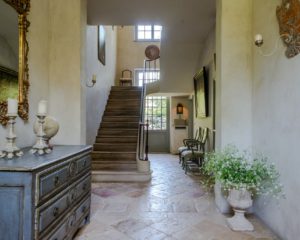 I’m always amazed to see how the team of MILIEU continues putting effort and succeeds in bringing us the most amazing photoshoots of beautiful homes and showing us the brilliant work of talented designers and craftsmen.

As contributing editor to MILIEU I was very excited to discover, again in this 5th anniversary issue, the most gorgeous features of interior design projects and interesting articles about the innovative work of craftsmen. As the article about a farm in the French Basque Country that Spanish designer Isabel López-Quesada converted into a family home; the featuring of a home interior that is inspired by the owners’ exceptional collection of paintings and pottery, and which was designed by Atlanta based designer Beth Webb; the introduction to textile designer Caroline Cecil who took her grandmother’s paint brushes, dipping them in vats of black India ink, painting designs on to paper or a canvas; and so many more… 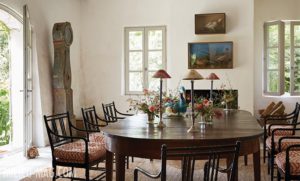 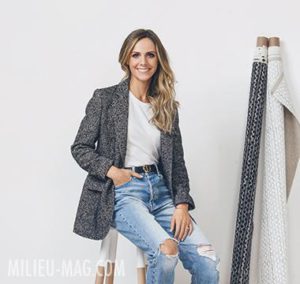 And I am so very proud and so very grateful to the team of MILIEU for choosing the Diane Table from my Belgian Pearls Home Collection as one of their favorite wooden accessories for the home! 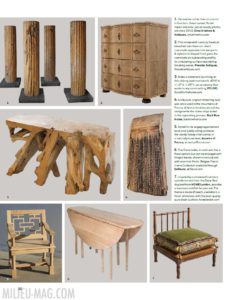 Belgian Pearls Diane Table (n°6) chosen by MILIEU as one of their favorite wooden accessories for the home (MILIEU Fall 2018 issue – page 86). To see more of my Diane Table, please click HERE.

The 5th anniversary issue of MILIEU is now on the newsstands. 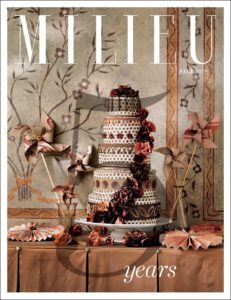