Dear readers, a few weeks ago I told you about a Lefèvre Interiors library project, completely executed in the English Regency style. If you missed this post, you can read it HERE . 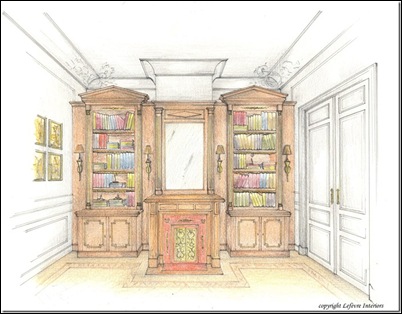 Remember I mentionned that I really needed to visit our client to take some ‘after’ pictures!

A couple of days after posting about this project, I received an email from our client , sending me…yes indeed…’after’ pictures!!! So I realized that my client was also a reader of my blog!!!! I was very surprised and enchanted at the same time! 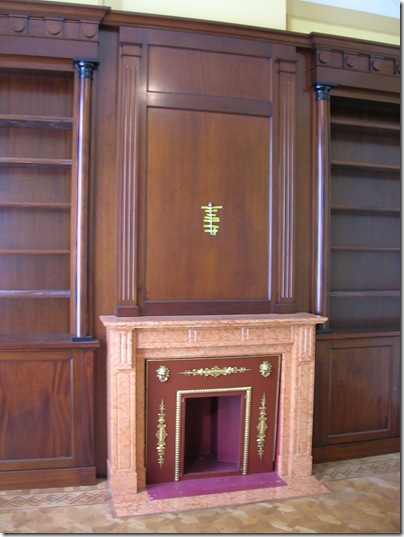 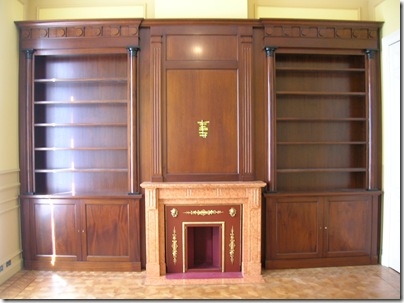 The following pictures are the ‘after’ pictures I received from our client. 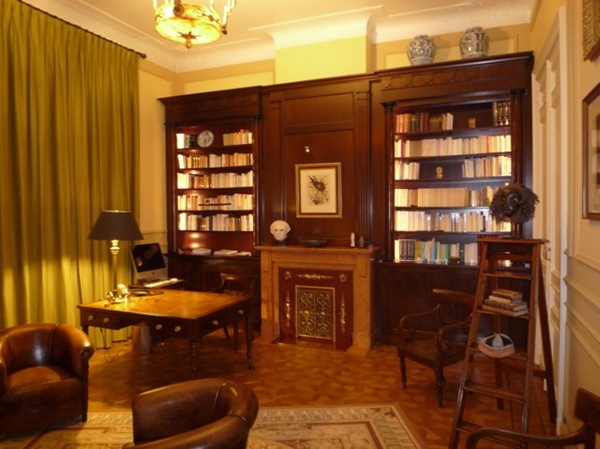 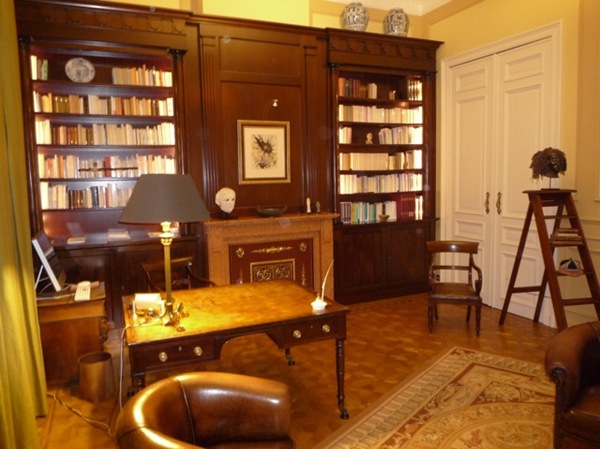 Notice the British Regency period (1811-1820) elements: mahogany armchairs, double desk and especially the daybed. All this, together with the collection of antiques on the chimney and the skin of leopard on the daybed.testifies to a great classicism. 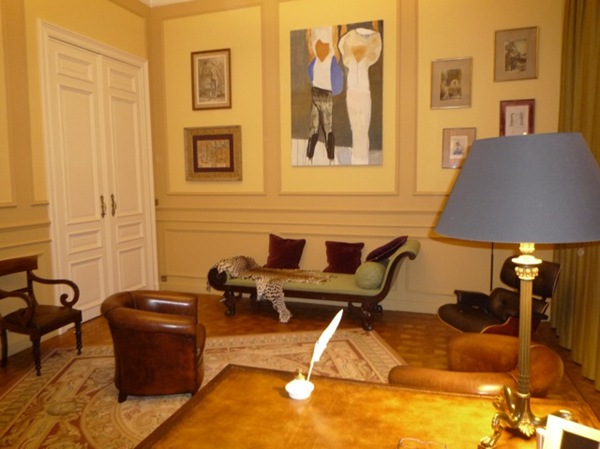 Together with Thomas Hope (read more about Thomas Hope in my previous post HERE), GEORGE SMITH was a renown designer of the English Regency period. As being an Egyptologist in his earlier career, he was of course an enthusiast for the new Egyptian style. He published his “Collection of Designs for Household Furniture and Interior Decoration” in 1808, and four years later he published a further volume, “Collection of Ornamental Design After the Manner of the Antique”. George Smith was delighted by Egyptian ornaments and found it a novelty he could not resist using to the full. Later he went on to produce a further major volume  which he proudly called “The Cabinet Makers and Upholsterers Guide” . 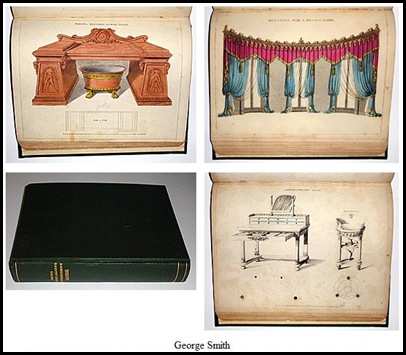 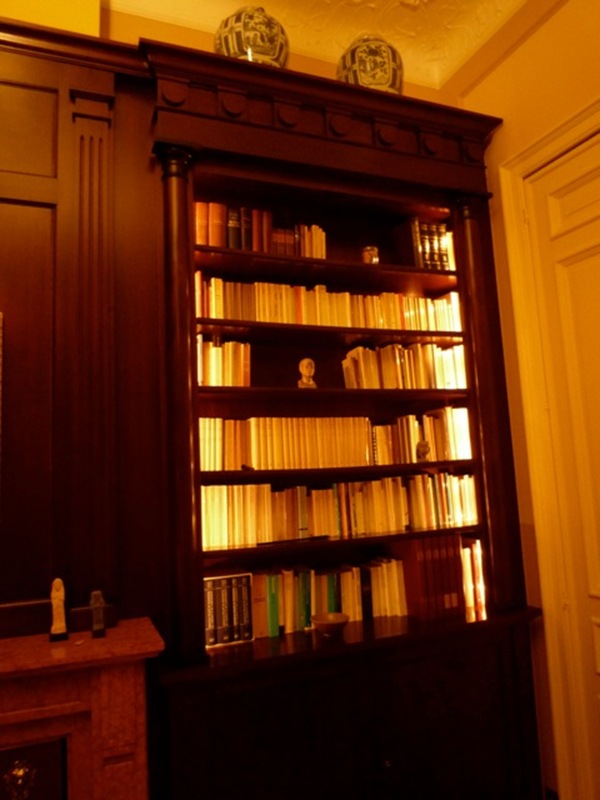 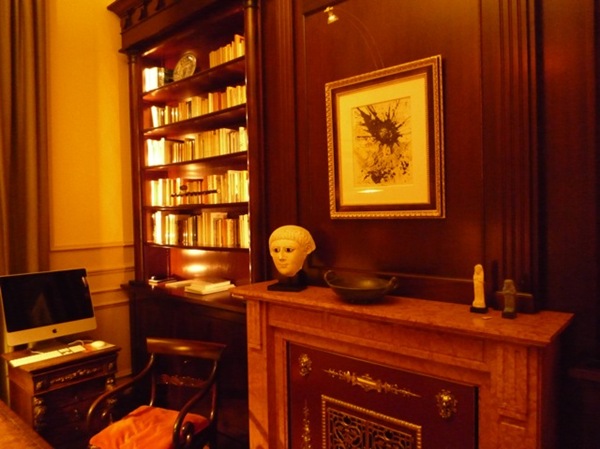 A collection of antique pieces on the chimney. I am extremely thankful to my client for taking the time to send me these gorgeous pictures!