“Lefèvre Interiors” in the United Kingdom

Home/“Lefèvre Interiors” in the United Kingdom
Previous Next

“Lefèvre Interiors” in the United Kingdom

I am pleased to announce that as of January 2015 our company is represented in the United Kingdom by London based art historian and interior design consultant Sabine Naghdi.

Over the past few years we received many emails and phone calls from UK residents, architects, designers and readers of my blog asking if our company was represented in the United Kingdom.

When we recently finished a project for one of my readers who was renovating her home in the Cotswolds (Lefèvre Interiors worked in collaboration with the London based architects ‘office Michaelis-Boyd Associates) we realized there is more and more demand for bespoke wood paneling, even in contemporary designed residences, and we felt the time had come to introduce our company to the UK.

Through my blog I got in touch with Sabine (who was a follower of my blog). It was such a pleasant surprise to learn that Sabine is also Belgian but she has lived for over 25 years in London. We communicated for a while via email and exchanged our thoughts about interior design and art related issues.

When we finally met face to face at the beginning of January this year, it felt as if we had known each other for years! We were talking nineteen to the dozen about our mutual interests and many passions and at the end of the day we realized we had been talking non-stop for 15 hours (yes it is possible!)

Today I am delighted to introduce you to Sabine.

Sabine was born in Belgium and grew up in Flanders. She recalls her passion for design and interiors since early childhood. When she was just ten years old she vividly recollects how fascinated she was when visiting the house of her best friend whose father was an architect and her mother an art collector. This early confrontation with beautiful architecture and Art influenced the rest of Sabine’s life as well as her choice of academic studies but instead of studying Interior Design and Architecture she choose to read History of Art at university. She obtained a M.A in “History of Art, Archaeology and Ancient Civilisations”, a B.A in ““History of Art: Byzantine Art to Modern Art” and a PhD in “Ethnology and Cultural Anthropology”. Whilst at university she travelled all over Europe, to Russia, Latin America and the Middle East where she participated in archaeological digs, she also travelled on numerous occasions through Africa in the 1980’s to conduct the necessary research for the completion of her thesis. 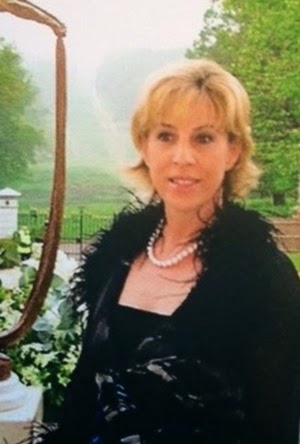 Soon after she graduated she moved to London and was hired by Sotheby’s. Sabine became one of their international Art experts and after finishing the in-house auctioneers course she became a Sotheby’s auctioneer.

At Sotheby’s she was responsible for the valuation of works of Art in the UK and Europe, producing sales catalogues, handling the departmental auctions and she represented her European clients in the USA during sales in New York.

After the birth of her two daughters she became Head of Client Development and International Sales at a renowned Contemporary Art Gallery. Later on she worked as an independent Art Consultant and completed a course in “Art Economics and Art Fund Management”.

When her eldest daughter Yasmine started training at the world-renowned Royal Ballet School at the age of 11, Sabine gave up her career in the Arts to fully devote herself to the education of her two daughters.

In 2007 she was hired as a Museum Consultant and collaborated in the creation of a unique Ballet Museum in UK : White Lodge Museum in Richmond Park, London.

Sabine lives in Holland Park, Kensington, with her husband and their two daughters. Her daughter Yasmine is now an accomplished Soloist with The Royal Ballet, based at the Royal Opera House in Covent Garden. Sabine and her husband are often at the Royal Opera House attending performances by The Royal Ballet. Her youngest daughter Tatiana is still a student and her ambition is to work for one of the big London Estate Agents and to have a career in property development.

Yasmine on the cover of Harper’s Bazaar UK April 2014, wearing a dress from the Ralph Lauren Summer 2014 collection. 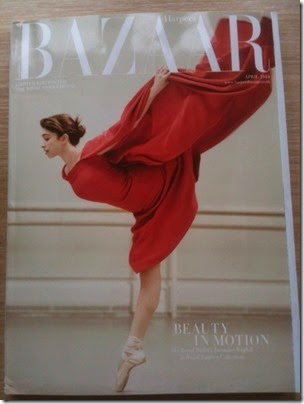 In 2010 Sabine finally decided to do what she always loved doing most: to style and decorate interiors. She set up her own company “S&D Interiors”.

A meeting in early January 2015 with Sabine, resultated in collaborating with Lefèvre Interiors and Sabine now represents our company in the UK. 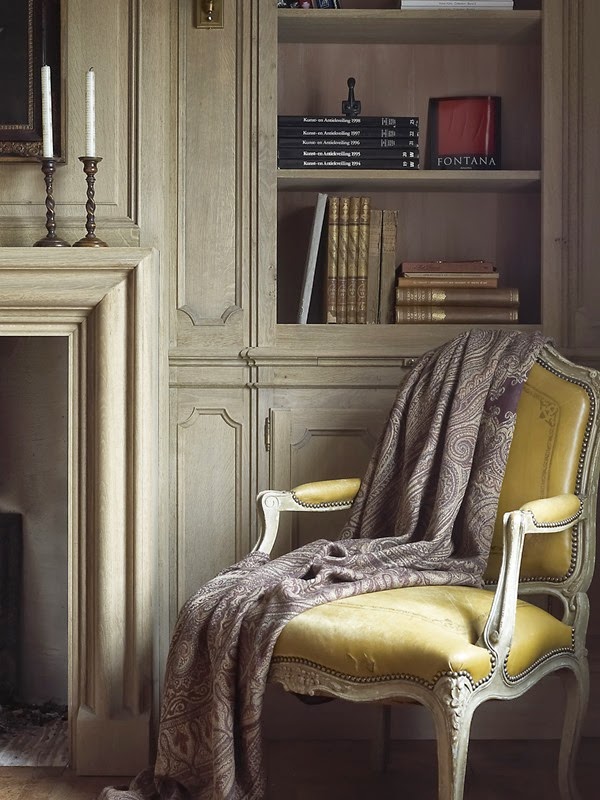 Sabine is also the co-writer of “Treasures in Your Home : An Illustrated Guide to Antiques and Their Prices” and recently she was invited to write the Foreword to “Forever Africa”, by Viviana Vammalle, an Argentinian world traveller. 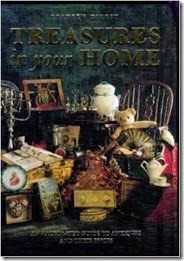 Cover ‘Treasures in Your Home’ 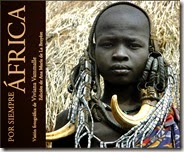 In her free time she enjoys watching World cinema, Art House movies, travelling to far away destinations (mainly Asia) and visiting Art galleries and museums; her favourite museum in London is the Victoria and Albert Museum.

Sabine is an eclectic collector of all things beautiful but she has a huge passion for Japanese baskets and pottery, South-East Asian textiles and costumes, ethnic utilitarian objects such as antique Burmese lacquer ware (see below), Contemporary art and ceramics. 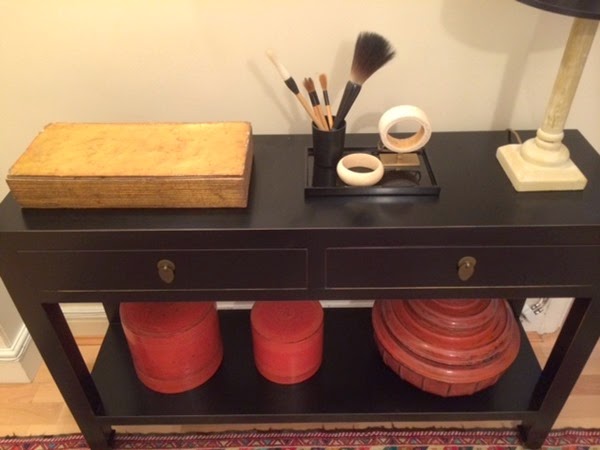 Some of the objects Sabine brought back from her recent trip to Burma: (top) a Buddhist prayer book (covered in gold leaf) in Shan-Pali writing, next to calligraphy brushes brought back from Vietnam, and two ivory bracelets from Burkina Faso (Africa). Below: a red soon-oke (very rare) on the right, two betel boxes (from Shan States) with intricately carved scenes (left).

Sabine and I have so much in common, not only are we both Flemish but our taste for beautiful accessories and objects is totally shared alongside our great passion for Art and beautiful interiors.

We feel confident that our collaboration will lead to a successful introduction of Lefèvre Interiors to the UK and that Lefèvre Interiors’ focus on tradition and quality will resonate well with the UK market.

We are looking forward to design and execute custom-made interiors of country houses, town houses, apartments and commercial projects in the United Kingdom.

For all your UK projects, feel free to contact Sabine 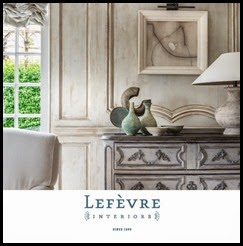 Wishing you all a wonderful day.